Robert was born in State Center, Iowa on November 26, 1940 to Martin and Isabelle Gerke. He grew up on the family farm with his siblings, Dean, Donna, Judy, Russ, and Kay. He lived in State Center until he graduated from high school.

After high school Robert (nickname Red) attended University of Iowa and enlisted in the Army and served his country. After he was discharged, he returned to the family farm and helped manage it for his parents. He also did custom farm work for neighbors.  He always had a special place in his heart for the farm.  He also found jobs as a welder,  heavy equipment operator, and assisted in well drilling.

He found a job working for Weyerhaeuser as a logger shortly after moving to Washington. For Robert, this was a dream job, because he possessed a love for the forest and always felt at peace while in the tall trees. Robert spent many good years logging and was very proud of his work.

In 1986 Robert married Susan and they moved to Fall City shortly after.

In his retirement, Robert spent as much time as he could with his grandchildren. He loved spending time outdoors and was a history buff. He loved to learn about history, especially local history. He especially enjoyed visiting local historical sites.

Bob was a strong man and someone you could trust. Underneath the tough exterior was a very gentle spirit. He loved his family very much.

Bob was a man of his word and would like to be remembered as a patriot, a staunch follower of Jesus Christ, a student of history and sports, and a wise investor.  He lived his life dedicated to all those attributes.  Bob was the guy who was there when you needed him most.  Bob will be missed by all those whose lives he touched. 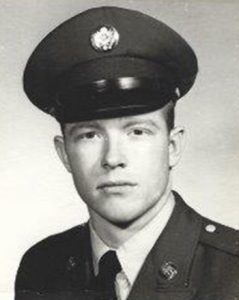