Irma Henze, 80, of State Center, died Sunday evening, November 18, at the University of Iowa Hospitals and Clinics in Iowa City.

Born on December 15, 1937, in rural Hardin County, she was the oldest daughter of Tilmer “Tim” and Minnie (Borton) Tjelmeland. She graduated from Zearing High School’s Class of 1955. She was united in marriage to Bennie Henze of State Center on November 21, 1956 at St. Paul Lutheran in State Center. Irma worked at Donnelley Marketing in Nevada; had clothing stores in State Center, Nevada and Marshalltown; sold real estate through ReMax in Nevada and Central Iowa Realty in State Center. She later worked at Midland Transportation in Marshalltown and TMC in Des Moines. She was well known for her weekly column “My Point of View” in the local newspaper. Over the years, Irma was an integral part of all that is State Center – Rose Festival, chamber of commerce, drum and bugle competitions, boosters and much more. She was also an active member of St. Paul Lutheran Church.

In death, Irma rejoins her husband, Ben, her son-in-law Tommy, and her parents Tilmer and Minnie. 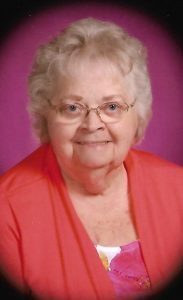