A Mass of Christian Burial will be at 5:00 p.m. on July 13, 2018 at St. Joseph Catholic Church in State Center, Iowa. There will be no visitation. Memorials may be directed to the family to be designated at a later date. For condolences or questions please visit: www.mitchellfh.com or call 641-844-1234. Mitchell Family Funeral Home is caring for Gene and his family.

Edward Eugene Kunch was born at home in rural Tama County on July 19, 1935; he was the son of Edward and Viola (Aplanailp) Kunch. He attended school in Tama Schools and later moved to Marshalltown, Iowa. In 1954 Gene was united in marriage to Charlotte Waltemeyer and they later divorced. Gene was united in marriage to Bonnie Wolken on October 19, 1999, and they resided in State Center, Iowa. Gene worked at Strand Bakery, Bordons Dairy and finished his working career in the Insurance Business. He enjoyed the fall, a good game of cards, playing his records as a DJ and going to the YMCA.

In death Gene rejoins he parents, Edward and Viola and a sister, Patty Kunch. 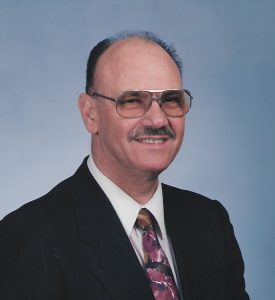