A Mass of Christian burial will be at 10:00 a.m. on Tuesday, April 24, 2018 at St. Joseph Catholic Church in State Center, Iowa. Visitation will be on Monday, April 23, from 4:30 to 7:00 p.m. at the Mitchell Family Funeral Home in Marshalltown. Military Honors will be provided by the combined VFW/ American Legion Honor Guard. Memorials may be directed to St. Joseph Catholic Church in State Center or the Iowa River Hospice Home in Marshalltown. For condolences or questions please visit: www.mitchellfh.com or call 641-844-1234. Mitchell Family Funeral Home is caring for LaVerne and his family.

LaVerne Raphael Freese was born on March 31, 1935, at home near Rhodes, Iowa; he was the son of Leo and Frieda (Neuroth) Freese. He attended the Rhodes Community School graduating with the Class of 1953. LaVerne proudly served his country in the United States Army from 1954 until 1956. On August 2, 1958, LaVerne was united in marriage to Barbara Mary Nowlan at St. Mary Catholic Church in Colo, Iowa and had resided in rural State Center most of their lives. LaVerne had worked at Swift (JBS) and retired in 1985. He had been a Union Steward Local #893, and was a member of St. Joseph Catholic Church in State Center, Iowa. He and Barbara loved to dance and had met at Forest Park Ballroom in Marshalltown. He always loved to raise a big garden and kept all his family in produce. He also raised lots of chickens over the years and always shared those too. He valued higher education and helped his children attend Iowa State University and was a big Iowa State fan. He enjoyed a good game of 500 cards and always loved the Chicago Cubs. 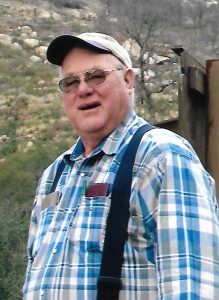