The sirens are now silenced for retired police officer D. Jake Osgood (Badge #64-35), age 54, of State Center. He passed away surrounded by his family on Thursday morning, March 15th, at Mercy Medical Center in Des Moines.

Visitation will be held from 5-8:00 p.m. Friday, March 23rd at the Mitchell Family Funeral Home in Marshalltown. Memorial services celebrating his life will be held at 10:30 a.m. Saturday, March 24th at the Mitchell Family Funeral Home. Proceeding the service, he will be laid to rest in the Hillside Cemetery in State Center. Donations may be directed toward the family to fund a memorial in Jake’s honor in State Center.

Born on July 9th, 1963 in Marshalltown, he was the son of Dale W. McNew and Marjorie M. Osgood. He graduated from Marshalltown High School in 1982 and the Iowa Law Enforcement Academy in Des Moines in 1988. Upon graduation, he started his career as the Chief of Police in Gilman while also working in Tama and Toledo. In 1990, he became the Chief of Police in State Center. He faithfully upheld that office until he retired in 1998 with Multiple Sclerosis. Even in retirement, Jake had a strong desire to continue serving his community; he was elected mayor of State Center and served two terms from 2006 to 2009.

On June 26th, 1982, he was united in marriage to Dawn Luther in Laurel. He later married Linda Tammen Courter on July 10th, 1996 in Marshalltown. Even though these marriages parted, they remained good friends.

If you knew Jake, you knew he was a “straight shooter;” he was a man of integrity and always expected honesty in return. He believed a man was only as good as his word. You could always count on him, and if he was needed, he was there without question. He had a strong work ethic and often held down multiple jobs. He enjoyed camping, being outdoors, spending time with family and friends, and reminiscing about the good ol’ days. You would often find him cheering on the Green Bay Packers or kicking butt in a game of checkers. He loved to tease and give you a hard time — a trait he never lost, even at the end. He also enjoyed collecting license plates, diecast cars, and police memorabilia.

Left to cherish his memory are his four children: Ashley Lynn (Scott) Redding of West Des Moines, Bradley Jacob Osgood of Marshalltown, Charles Tyler Osgood of Albion, and Kadie Leigh Osgood of Ames, and his five grandchildren: Marshall and Miles Redding, Emma, Aubree and Chase Osgood. He will also be fondly remembered by his siblings: Bill (Kris) Lee, Jean Osgood, Rebecca (James) Goodell, Anni (Lynn) Cripps, Larry McNew, and Dale Ann McNew, as well as many other loving family and friends. In death, Jake rejoined his parents, Dale and Marjorie, and his siblings: Rosemary Ruopp, Ronald McNew, and Ricky Osgood. 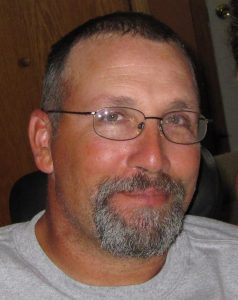