Joe E. Arnold, 82, of State Center, IA, passed away Sunday, October 15, 2017, at the Iowa River Hospice Home. Memorial services will be 11:00 a.m., Saturday, October 21, 2017, at Anderson Funeral Homes, 405 W. Main St., Marshalltown. Visitation will be 9:30 a.m., until the time of the services. Inurnment will be at Rosehill Memorial Gardens, in Marshalltown. Online condolences may be sent to www.andersonfhs.com.

Joe was born May 2, 1935, to Joe and Mayme (Overland) Arnold, in Marshalltown. He attended Albion High School. Joe was united in marriage to Bea Walker on May 4, 1957, in Marshalltown. He was employed with Fisher Controls for 39 years. He was a member of Clemons United Church of Christ, Parkinsons Group, and National Horse Shoe Pitchers Association. 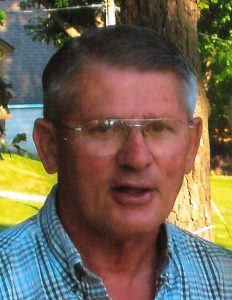