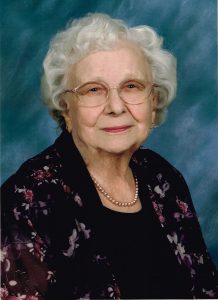 She married Glen Fredrick Norell on March 14th, 1942 and was a supportive wife during Glen’s Air Force career, including raising a family overseas. She was a devoted wife and mother. She was a good Christian woman and was a wonderful example to all her children, grandchildren, son-in-law and daughter-in-law. She loved spending time with her family. She played basketball as a young girl, and enjoyed watching college basketball tournaments.