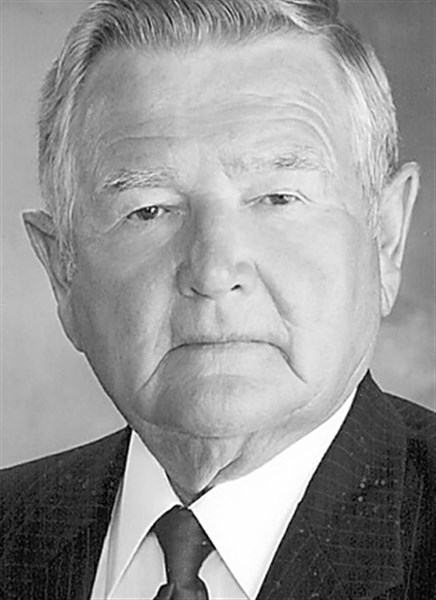 Karl Adolf Hinrich Otte was born August 12, 1934, to Adolf Wilhelm and Margaretha (Peers) Otte in Brunsbüttel, Germany. He immigrated to the United States in 1952.  Karl served in the United States Army during the Korean War from October of 1953 until April of 1956. While serving, he received his United States Citizenship in the Territory of Alaska, Third Division on December 13, 1955.   Karl was united in marriage to Martha Beitel September 22, 1956, at St. Mark Lutheran Church, Davenport.  The couple farmed and raised their family at their rural Princeton dairy farm.

Karl loved the land that he farmed.  He was very particular in the way that the farm was ran and looked.  Karl was an excellent steward of the land and its resources.  He greatly enjoyed draft horses, going to horse shows, flying the American Flag and an occasional trip to the casino.  Karl was a member of the Buffalo Bill American Legion Post #347 of LeClaire for 32 years.  On May 29, 2014, he visited Washington, DC on the Quad City Honor Flight.  The Tomb of the Unknown Soldier and the grave of Audie Murphy, the most decorated Army soldier of World War II were his favorite monuments.

The Funeral Service was held at 10:00 a.m. Saturday, March 12th at the funeral home.  Burial and military rites will be at Davenport Memorial Park.

Memorials may be made to the Quad Cities Honor Flight, LeClaire American Legion or Camp Courageous.

Condolences may be expressed and a photo tribute viewed at www.schultzfuneralhomes.com.