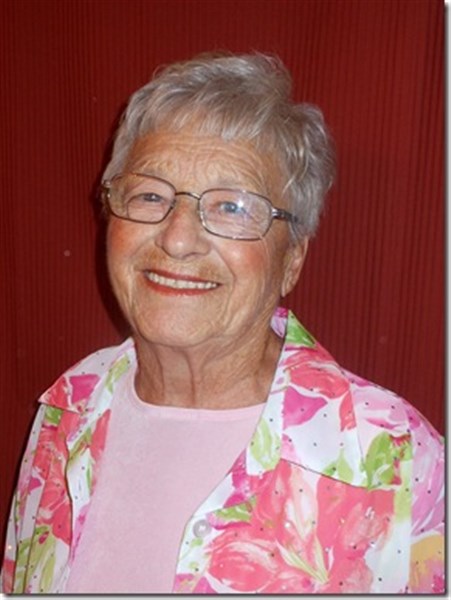 Funeral services will be held at 10:30 a.m. on Saturday, January 23, 2016 at Trinity Lutheran Church in State Center with burial at Hillside Cemetery. Mitchell Family Funeral Home is caring for Lorinda and her family. Phone 641-844-1234.

Lorinda Marie Riese was born May 3, 1925 in State Center, Iowa. She was the daughter of Edgar and Florence Riese and attended St. John’s Lutheran School. She stayed in the State Center area and married Marvin Pfantz on February 19, 1947. They spent their life farming in Haverhill and Laurel until settling on a farm north of State Center where they raised their two daughters. Lorinda was a homemaker who loved to sew and bake and was Marvin’s designated “hired hand”. She was never shy and made friends easily with her infectious smile and sense of humor. As an active member of Trinity Lutheran Church, she looked forward to helping with church socials until moving to Arizona in 2014. She loved her family and also continued to keep in touch with her friends in State Center. When she was unable to garden, she enjoyed playing word search and solitaire, game shows and puzzles

Memorials may be made in honor of Lorinda to Trinity Lutheran Church, 206 1st Ave S, State Center, Iowa 50247.