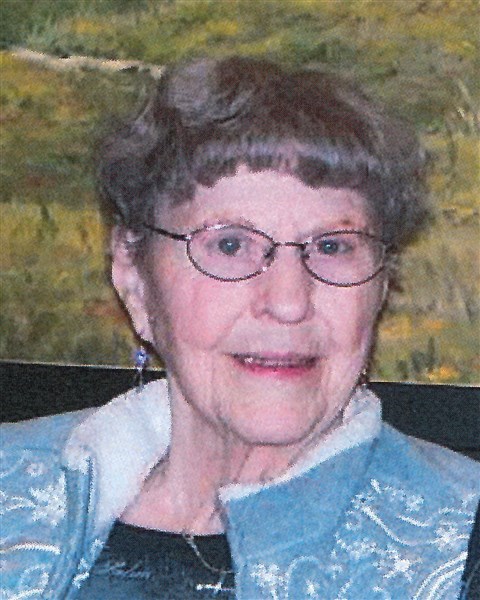 Shirley Nason, 85, of Melbourne, IA passed away Sunday, November 29, 2015, at the Iowa Veterans Home, in Marshalltown. Funeral services will be held at 11:00 a.m., Saturday, December 6, 2015, at St. John’s United Church of Christ in Melbourne, Iowa. Visitation will be held from 5:00 p.m. til 7:00 p.m., on Friday, December 5, 2015, at Anderson Funeral Home, 405 W. Main St., Marshalltown. Interment will take place in Rose Hill Memorial Garden Cemetery in Marshalltown. Memorials may be directed to the family for future designation. Anderson Funeral Home was entrusted with arrangements. Online condolences may be sent to www.andersonfhs.com

Shirley A. Nason, daughter of George and Ilma (Ficken) Bear was born September 15, 1930 in Marshalltown, Iowa.  She attended Rhodes High School, graduating with the class of 1947.  On June 29, 1947 she was united in marriage to Max Nason at the Rhodes United Methodist Church.  To this union, 5 children were born: James, Michael, Barb, Randy, and Julie.  Shirley and Max lived in the rural Rhodes and Melbourne areas their entire lives.   Shirley enjoyed her role as a dedicated and hard working farm wife, raising their family and helping with the tasks involved with the farming operation.  She was very handy when it came to sewing and also canning and freezing food from the garden.  She loved her vegetable and flower gardens, and assisting Max with the flower gardens at the Embers in Marshalltown.  One of her favorite things to do when away from the farm was taking trips.  Max and Shirley enjoyed dancing, especially square dancing, and they had always had a good time with friends.  Cooking was also very important to her because it gave her a chance to entertain friends and family with food and fellowship. While she enjoyed all these things, number one in her life was being a loving wife, mother and grandmother.  She enjoyed her family dearly.

She was a member of St. John’s United Church of Christ in Melbourne, IA.  She was also a former member of the Order of the Eastern Star.  Another joy for her was belonging to the Red Hat Society.

Preceding her in death are her parents; husband, Max; brothers, Frank and Richard; and two grandsons, Brian Nason and Jesse Nason.