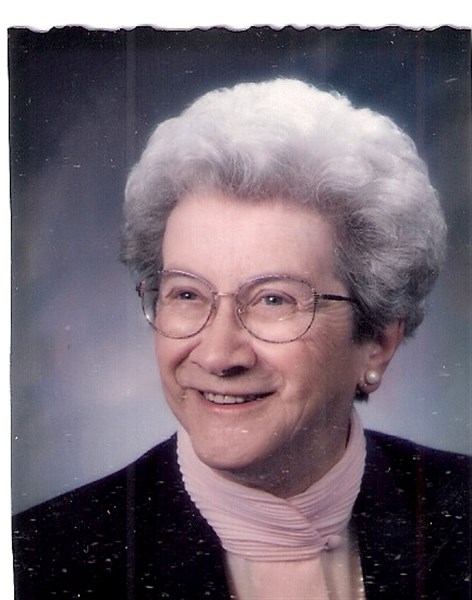 Services were held for Ruth Ann Buck (88) of State Center, Iowa, who passed away on Wednesday, November 25th, 2015, in the care of Iowa River Hospice. Funeral services were held on Monday, November, 30th, 2015, at the United Methodist Church, in Rhodes, Iowa, at 10:30am. A public visitation was held from 5:00pm until 7:00pm on Sunday, November, 29th, 2015, at the Mitchell Family Funeral Home West Marshall Chapel, in State Center, Iowa. Memorials may be directed to the Rhodes United Methodist Church and Iowa State University. For more information or to send a condolence please visit www.mitchellfh.com or call 641-844-1234. Mitchell Family Funeral Home is cared for Ruth Ann and her family.

Ruth Ann Westley was born on December 31st, 1926, to Martin Daniel Westley M.D. and Margaret (Hutchinson) Westley in Cooperstown, North Dakota. She was raised and educated in the area, graduating with the class of 1944. She attended college at Pamona College in Claremont, California, and graduated from Iowa State University with a degree in Home Economics. On July 7th, 1951, Donald Alfred Buck and Ruth Ann Westley were united in marriage in Cooperstown, North Dakota. Together, they raised their family in rural State Center, Iowa.

Before her marriage, Ruth was a teacher in Bird Island, Minnesota. She also worked as an educator for the Rhodes school district before raising her children. Ruth would later go back to school, earning her Masters in Home Economics. She continued to teach, working as an educator in the Newton school district for 15 years. Ruth was the P.E.O state president from 1995-1996, and a member of Sigma Alpha Iota. She loved attending her grandchildren’s activities and taught many of them to play the piano. Also, she directed the adult vocal choir and founded the church bell choir for youths and adults, acting as director for many years.  She enjoyed solitaire, traveling across country and around the world.  She and Donald also loved Iowa State sports, and were season ticket holders.