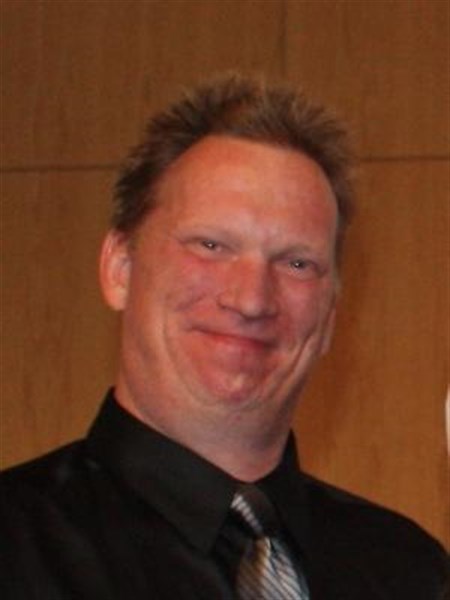 James Harold Lang, 51, of Colorado Springs, Colorado passed away from a rare form of Leukemia on Saturday, November 14, 2015. He was born to Harold and Wanda Lang on October 25, 1964 in Marshalltown, Iowa. He is survived by 9 siblings. Jim was preceded in death by his parents and brother at birth. All nine siblings, as well as many family members, were blessed to be able to make the trip to Colorado, and be with him at the time of his death. Jim grew up in State Center, Iowa and graduated from West Marshall High School in 1983. He participated in wrestling, football, and drama club throughout his high school years. His interests were watching movies, TV, and the San Francisco 49ers. Throughout his younger adult years he threw darts and belonged to a pool league. Jim’s real passion was spending time with his family. Attending his great nieces and nephews sporting events was very enjoyable for him. He also loved hanging out at his two nieces homes, Aubry and Erin, and tormenting their kids. Jim served in the Navy from 1985 to 1993 while living in California. He then moved to Colorado where he spent most of his adult life. Left to cherish his memory are his seven sisters; Linda (Jim) Cox, Mary (Bruce) Reisinger, Janet (David) German, Joyce Barron, Marty (Jeff) Barnett, Lori (Craig) Kimball, and Becky (Harold) Carr, and two brothers Jerry (Stephanie), and Bob (Patti). He was also surrounded by numerous nieces, nephews, aunts, uncles, cousins, and friends. Memorial services are pending. In lieu of flowers, donations may be made in Jim’s name to: Denver.va.gov – Contact voluntary service 888-336-8262 or dav.org – online > donate now tab or The Leukemia and Lymphoma Society @ www.lls.org/rm