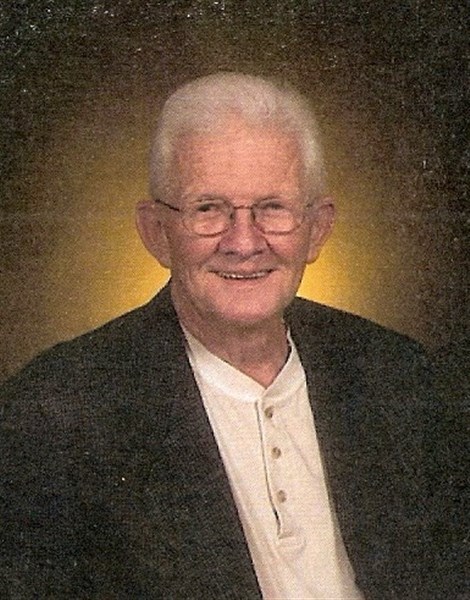 Derald Merrill, 77, of State Center, Iowa, passed away peacefully on Monday, October 27, 2014, at the Iowa River Hospice Home in Marshalltown, Iowa, with his loving wife by his side.

Derald Dean, the oldest of three children, was born on August 21, 1937, to Richard and Evelyn (Holze) Merrill. He spent his younger years in Latimer, Iowa. He was baptized  in the Evangelical Reformed Church in Latimer, and confirmed at St. John U.C.C. in Melbourne, Iowa. In 1952, Derald’s family moved to State Center, where he helped on the family farm. He graduated from State Center High School in 1955.  Derald was united in marriage to Connie Nolta on June 15, 1958. They lived their entire married lives, 56 years, in State Center. Derald was a member of, and served on the boards of the First Presbyterian Church and the Lincoln Valley Golf Course. He was a member of the Central Iowa Jaycees, the State Center Lions Club, and the State Center Fire Department. Derald worked for various agriculture-related businesses before becoming co-owner of State Center Grain and Feed, from where he retired in 2001.

Derald was an avid hunter and fisherman, and took many trips to Minnesota, Canada, Alaska, Texas, and Argentina to hunt and fish with friends. Derald was also an avid traveler.  He took his family on many trips to Minnesota, the Ozarks, and the American West to enjoy fishing, boating, sightseeing, and water skiing. One memorable family vacation was taken to Yellowstone and Glacier National Parks with four adults, nine children, and one dog, in two pickup campers. After retirement, Derald and Connie spent winters in Florida with longtime friends. Derald was a very active grandpa. He took his grandchildren boating, tubing, camping, golfing, fishing, hunting, and trap shooting. He always had a kite to fly.