Benton ”Bonzo”Jones, 65, of State Center, Iowa, passed away on the afternoon of March 17, 2022 surrounded by his family and under the care of Iowa River Hospice.

A celebration of life will be held for Benton on Thursday, March 24, 2022 from 5:00 to 7:00 P.M. at the Mitchell Family Funeral Home. Memorials in Benton’s name may be directed to his family for a later designation. For additional information or to send a condolence to the family please visit www.mitchellfh.com or call 641-844-1234. Mitchell Family Funeral Home is caring for Benton and his family.

Benton Frank Jones was born August 10, 1956 to parents Vernon and Jane (Gill) Jones in Marshalltown, Iowa. He grew up in State Center, Iowa and attended school at West Marshall where he graduated in 1974.

Benton began a family of his own raising his children Shannon and Benton “Ben.” He worked for numerous years as a truck driver for Mid-Iowa Co-Op and farmed.

Benton loved to spend time with his children as well as his long time significant other of over 20 years, Michelle Frye. He was dedicated to family and helped to take care of his parents while he was able. He enjoyed riding his Harley Davidson Motorcycle, drinking a few PBR’s, snow mobiling trips, being outdoors, watching the races, and trips to Estes Park, Colorado.

He was preceded in death by his mother Jane Jones.

The family wishes to thank Dr. Merchant and his oncology team at Mary Greeley for all of their help as well as Iowa River Hospice for caring for Benton and his family. 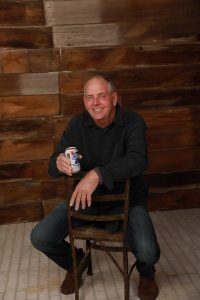