John Francis Anderson, 73, a long-time resident of Marshalltown, IA, passed away peacefully Saturday, February 12, 2022, in his current home at Pillar of Cedar Valley, Waterloo, IA. Funeral services will be 10:30 a.m., Thursday, February 17, 2022 at Anderson Funeral Homes in Marshalltown. Visitation will be 9:00 a.m. until the time of the services. A private interment at Rosehill Memorial Gardens will follow a luncheon at Anderson Funeral Homes. Live streaming of the service will be held on the Anderson Funeral Homes Facebook page at https://www.facebook.com/AndersonFuneralHomes. Online condolences may be sent to www.andersonfhs.com or created on John’s tribute page on the website.

John will be forever remembered by those who knew him well for his devoted friendship and genuine personality – a sincere individual who could be a bit grumpy at times, but who also loved to socialize, had a charming sense of humor, and always knew the right thing to say to make someone’s day. For many years, he was a daily mainstay in downtown Marshalltown, using his walker to log in almost three to four miles to stop by local businesses and greet the many locals who recognized him. He was affectionately known as “John Boy.”

John was born in Marshalltown on December 18, 1948. He was the second child born to Ralph W. and Helen A. Anderson of rural State Center, Iowa. In his youth, he attended special education classes in the Marshalltown area, as well as at West Marshall Community School. In 1998, he became the first Marshall County consumer of North Star Community Services (formerly Adults Incorporated), headquartered in Waterloo. Through the services provided by the dedicated Marshalltown staff at North Star, John took great pride in his acceptance as “a regular guy”; the freedom to make his own plans each day; and, for the first time, live alone in his own apartment and enjoy his affectionate pets (first was “Ralph the Cat;” then “puppy,” another cat). Among his favorite pastimes were watching professional wrestling (on TV and in person), enjoying John Wayne movies, attending Friday night car races at the Marshalltown Speedway, and doing “bookwork” – a term coined by the North Star staff when he created little packets of scribbles, stickers, and coins … and the resulting mess.

John is survived by his three siblings, Donn (Pat) Anderson of Marshalltown, Linda (Jim) Monroe of Cedar Rapids, and Tom Anderson of Marshalltown, as well as several nephews, nieces, and cousins. John and his siblings also considered the Marshalltown North Star staff and consumers as part of their family, especially Michelle Allen, former assistant director at the Marshalltown office, who instilled a climate of respect and dignity toward everyone – an experience that was unique to the special needs community.

In addition, the family is grateful to those who served John at Pillar of Cedar Valley during the past two years, including his social worker, Andie Nichols. Of note as well are the many compassionate individuals who staffed Marshalltown businesses that John visited each day, among them the former Family Video; the former Corner Tap; Zamora Fresh Market; Chef King; Doo Dah’s Diner; Dollar Tree; Dollar General; Hardee’s; and his landlords, Shane and Christine Ecklor.

John was preceded in death by his parents, all of his paternal and maternal aunts and uncles, and one paternal and one maternal first cousin. He will be truly missed by family and friends.

In closing, John’s family would like to extend their gratitude to all who have reached out during this difficult time. In lieu of flowers, donations may be made to Pillar of Cedar Valley, 1410 West Dunkerton Road, Waterloo, IA 50703-9648. 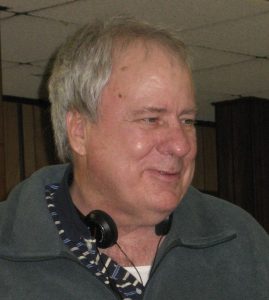