Merlin “Mert” Klaas, 87, of Rhodes is forever fishing after his peaceful passing at home on Tuesday, June 8, 2021 under the care of Mary Greeley Hospice.

Funeral services for Mert will take place on Monday, June 14 at 11:00 A.M. at Mitchell Family Funeral Home, 1209 Iowa Ave W., Marshalltown, with burial following at Rose Hill Memorial Garden. A visitation will be held Sunday, June 13 from 5:00 P.M. to 7:00 P.M. at Mitchell Family Funeral Home. Memorial contributions may be directed to the family for later designation. For questions or condolences, please visit www.mitchellfh.com or call 641-844-1234.

Merlin Herman Klaas was born alongside his twin brother, Marvin on January 4, 1934 in Marshalltown to parents L. Henry and Frances (Gauch) Klaas. He grew up in Haverhill and graduated from Rhodes Consolidated Schools with the 10 other people in the class of 1951.  One of those classmates was also the love of his life, Norma Wignall. They were united in marriage on March 7, 1954 at Rhodes United Methodist Church. Together they made Rhodes their forever home and raised four children.

Hardworking and dedicated, Mert farmed their land and raised many livestock. He also worked for Donnelly Marketing for many years. A lover of all sports, Mert played basketball, softball and baseball. He coached little league for over 20 years and was President of the Rhodes Little League Association. Mert was also an avid Hawkeyes, Red Sox and Celtics fan.  When he wasn’t hard at work or playing sports, he could be found fishing or hunting. He never had a shortage of wax worms and other bait in his refrigerator and was an excellent shot, never one to waste any meat. The only thing Mert loved more than his 14 cats (including his favorite, Trojan) was his family. He will be deeply missed by those who knew and loved him.

Those left to cherish his memory are his children: Karen (Jim) Hart of Kiowa, CO, Mark Klaas of Lexington, KY and Dan (Sarah) Klaas of Indianola; 11 grandchildren; 8 great-grandchildren; daughter-in-law, Jan Klaas of State Center and his brother, Jim “Snappy” (Linda) Klaas of Ankeny.

In death, Mert rejoins his beloved wife, Norma, who passed just one year ago; his son, David Klaas, who passed in September; his parents, Henry and Frances; his twin brother, Marvin Klaas and a great-granddaughter in infancy, Amelia. 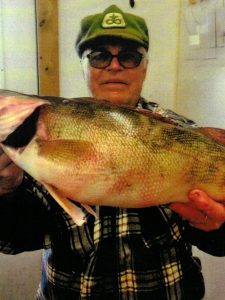