Darwin “Dar” Eggers, 71, of State Center passed away peacefully on Wednesday, October 28, 2020 with his family by his side.

A public visitation will be held on Friday, November 6 from 4:00-7:00 P.M. at the Mitchell Family Funeral Home in Marshalltown. The family is requesting that masks be worn during the visitation. A memorial fund is being established in his name. Private graveside services for the family will be held at the Hillside Cemetery in State Center. For additional questions or to leave a condolence, please visit www.mitchellfh.com or call 641-844-1234.

Dar was born August 5, 1949 in Marshalltown, the son of Marvin and Alice Henze Eggers. He grew up on the family farm west of State Center. He graduated from West Marshall High School in 1967. He volunteered for the draft and was in the United States Army from March 1968 until March 1970, where he was honorably discharged.

On September 28, 1973 he was united in marriage to Marcia McDowell at the Trinity Lutheran Church in State Center. The couple made their home west of State Center at the home place where Dar farmed for over 20 years. They later moved the family to State Center, where he worked for the City of State Center until retirement.

Dar was blessed with two sons, Joshua and Dustin. After their marriages to April and Jeanna, they gave Dar and Marcia the gift of six grandchildren whom they enjoyed spending many unforgettable memories with, as they were the joy of their lives.

Dar knew many people in the community and he always enjoyed telling a joke or telling a funny story. It always made his day if he could put a smile on someone’s face. After retirement, Dar and his wife took a month long adventure through the western states and visited many national parks. It was so rewarding to take vacations together and seeing the country.  Dar enjoyed watching his children and grandchildren growing up through the years. 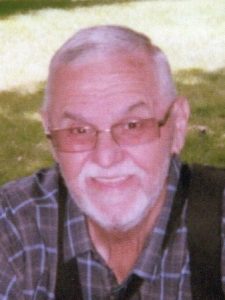