Lynn J Poling, age 65 of Boone, passed away unexpectedly on Friday, March 27th at his home.

Lynn was born on February 5th, 1955, in Marshalltown, he was the eldest of four children born to Larry and Lois (Speer) Poling. He was raised in State Center and graduated from West Marshall High School in 1974. Following graduation, Lynn attended Marshalltown Community College where he earned his degree and then transferred to the University of Northern Iowa. After college, Lynn moved to Texas where he resided until moving back to Iowa in 2008.

In death, he rejoined his father, Larry Poling, an infant brother, Gary, his grandparents,

Cremation rites will be accorded and no public services will be held at this time. A graveside service will be held at a later date. For condolences, please visit www.mitchellfh.com. The Mitchell Family Funeral Home is caring for Lynn and his family. 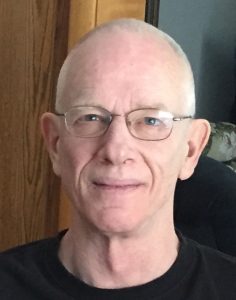