Pastor Mike Maddick, age 59, of rural State Center, entered into Heaven’s glory on Wednesday, October 10, 2018. Revelations 14:13 Then I heard a voice from
heaven say, “Write this: Blessed are the dead who die in the Lord from now on.” “Yes,” says the Spirit, “they will rest from their labor, for their deeds
will follow them.”
Funeral services will be held at 10:00 a.m. on Monday, October 15, 2018 at Trinity Lutheran Church in State Center. He will be laid to rest in the Hillside
Cemetery at State Center. Visitation will be held from 5-8:00 p.m. on Sunday, October 14, 2018 at Trinity Lutheran Church. Memorials may be directed to Iowa
River Hospice, Orphan Grain Train’s Clemons branch, Trinity Lutheran Church, or the family. For condolences, please visit www.mitchellfh.com. The Mitchell
Family Funeral Home West Marshall Chapel is caring for Pastor Mike and his family. Ph. 641-483-2900.
Born Michael Leinart Maddick on August 16th, 1959, in Marshalltown, he was the son of John and Helen (Beaty) Maddick. He was baptized on September 21st,
1959, and confirmed on Palm Sunday of 1973 at St. John Lutheran north of State Center. He graduated West Marshall High School in 1977.
While in the 8th grade, he told his parents he wanted to follow Christ and enter the ministry. That he did. Mike graduated from St. Paul College in
Concordia, MO, in 1979; Concordia University in Ann Arbor, MI, in 1981 and Concordia Theological Seminary in Ft. Wayne, IN, in 1985. Pastor Mike served
parishes in Red Bud, IL, (St. John Lutheran),  Oxford, WI, (St. John Lutheran), Packwaukee, WI (Trinity Lutheran), and Belle Plaine, IA (1st Lutheran).
Pastor Mike also worked with Camp Io-Dis-E-Ca in Solon as a counselor, program director, promoter, board member, and camp captain. In 1998, he was called to
serve Trinity Lutheran Church in State Center, IA.
On May 31st, 1981, he married the love of his life, Melanie Schuldt, in Chester, SD. They were blessed with two children, David and Bethany. Together, they
loved to travel (highlights were definitely Hawaii, NYC, Colorado and the Holy Land), family events, Clemons Lutheran School, serving ACRE youth, and their
church family. Mike enjoyed playing guitar and singing gospel and bluegrass, playing ping-pong, going to the Iowa State Fair, and following the path God had
laid for him. Mike and his family operated Rocky Ridge Herbs, Flowers, and Vegetables with his parents and were regulars at farmer’s markets for over 20
years. He served in Oxford, WI on the volunteer Fire Department. He was an LWML zone counselor, and was also active in the State Center ministerial alliance.
Praising God for his life are Melanie, his loving  wife of 37 years; son David (Amber) of St. Peters, MO and their precious children Laina, Cora and  Mara;
daughter Bethany at home; parents John and Helen Maddick of rural State Center, sister Dr. Sue (Dr.Arlin) Karsten of Swisher, IA; brothers Brian (Denise) and
Roger all of Rhodes; mother-in-law Bernice Schuldt of Colman, SD; brother-in-law Lawrence (Deb) Schuldt of Chester, SD; brother-in-law Doug (Elaine) Schuldt
of Wentworth, SD; sister-in-law Connie (Brian) Emter of Foothills Ranch, CA; and many other family members, his church family, his “nurse” cat Lili and many
friends.
Preceding him in death were his grandparents Wayne, Anna, John and Palma, brother-in-law Kevin, and father-in-law Lloyd. 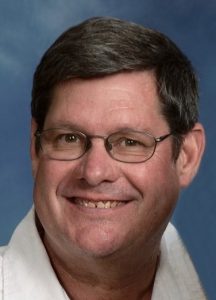