Funeral services will be held 1:30 p.m. on Tuesday, January 16, 2018, at the Mitchell Family Funeral Home in Marshalltown, Iowa. Visitation will be from 5:00 to 8:00 p.m. on Monday, January 15, 2018, also at the funeral home in Marshalltown, Iowa. Burial will be at the Clemons cemetery and there will be a time of food and fellowship and the Clemons Lutheran School after burial. Memorials may be directed to the family to be designated at a later date. Mitchell Family Funeral Home is caring for Jeff and his family. Phone 641-844-1234.

Jeffrey Lynn Muschick was born on February 28, 1953, in Marshalltown, Iowa; he was the son of Fredrick Carl and Florence Janet (Ingraham) Muschick. Jeff attended school in the West Marshall School District and graduated with the Class of 1971. Jeff was united in marriage to Iola Kusserow and they were blessed with 4 wonderful boys and they later divorced. On December 26, 2003, he was united in marriage to Tamra Westendorf and they blended a wonderful family of 8 children, spouses, grandchildren and great –grandchildren and had lived in the St. Anthony/ Clemons area most of his life. Jeff was a farmer thru and thru and also worked at Danfoss in Ames for over 45 years. He had been a member of Our Saviours Lutheran Church in Ackley, Iowa. His family was always first in his life. He and the boys enjoyed car shows, tractor pulls and shows and truck pulls. Jeff passionately loved his family, co-workers at Danfoss, and his farming neighbors. He loved to drive through the country-side and stop and visit, or call the neighbors about the crops. He loved attending the grandchildren’s sporting, dance, and activities events which was usually an every night event somewhere. Red was his favorite color, which was evident in his tractors, trucks and cars, which NEVER went over the speed limit. Jeff will be remembered as a kind, caring, and fun loving man. 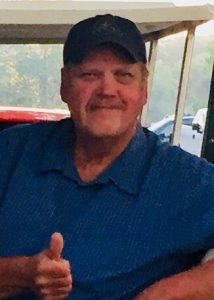