Dale E. Devig passed away in the comfort of his home on Wednesday August 9, 2017. Funeral services will be held on Monday, August 14, 2017 at the Stavanger Friends Church at 11:00 a.m. with Pastor Jim Bonser officiating. A public visitation will be held on Sunday, August 13, at the Mitchell Family Funeral Home from 4-6:00 p.m. Memorial may be directed to the family while a fund is being established in Dale’s name. For condolences please visit www.Mitchellfh.com or call (641)-844-1234.

Dale Devig was born on September 4, 1936 to Gerhardt and Wilma (Harem) Devig of Montour, Iowa. Dale graduated from the Dunbar High school with the class of 54. Shortly after, he honorably served his country by enlisting in the Armed Services. Upon his return Dale was united in marriage to Shirley Brandt on July 3, 1959, at the Stavanger Church. The two would make their lives together in the Le Grand area tending the fields and working the land. Dale had three passions in his life – farming and teaching the future farmers, his Church, and his family. Dale showed all of these traits by being involved in 4H as a leader, member of the Fair Board, a member of the Central Iowa Fair Hall of Fame, and also an Honorary FFA Chapter Farmer. He was a lifelong member of Stavanger Church and also served on the church board. He had been on the Marshall County Council. Dale’s family was his pride and joy, he enjoyed spending time with his children, grandchildren and great-grandchildren. In Dale’s free time he could be found in his shop tinkering on something that had sparked his attention.

Dale is preceded in death by his parents Gerhardt and Wilma. 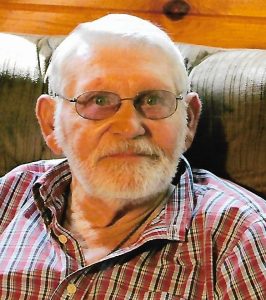