Charles Johnson, 90, of Lamoille, Iowa passed away on Friday, July 21, 2017, at Southridge Specialty Care in Marshalltown, Iowa and under the care of Iowa River Hospice.

Funeral services will be at 11:00 a.m. on Tuesday, July 25, 2017, at the Mitchell Family Funeral Home in Marshalltown, Iowa. Visitation will be from 5:00 to 7:00 p.m. on Monday, July 24, 2017 at the funeral home in Marshalltown, Iowa. Memorials may be directed to the Lamoille Congregational Church. For condolences or questions please visit: www.mitchellfh.com. Mitchell Family Funeral Home is caring for Charles and his family. Phone 641-844-1234.

Charles Fredrick Johnson was born on December 25, 1926, half mile north of Lamoille on the family farm; he was the son of Fredrick W. and Viola Strawbridge. Charles attended school in the Lamoille School District graduating with the Class of 1945. On June 28, 1946, Charles was united in marriage to Jean Marie Olson at the Lamoille Congregational Church in Lamoille and had lived on the farm their entire married lives where he and Jean farmed until retirement. He was a 50 year member of the Masons, and was always very active in the Lamoille Church and had filled many capacities over the years; he also had been a Trustee of the Marietta Cemetery. Charles enjoyed fishing, camping, trips to Minnesota, and anytime he could be around his family, especially his grandchildren, was the best time for him. 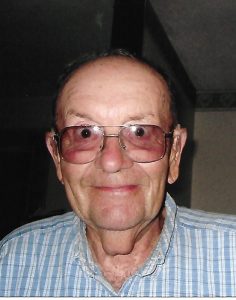