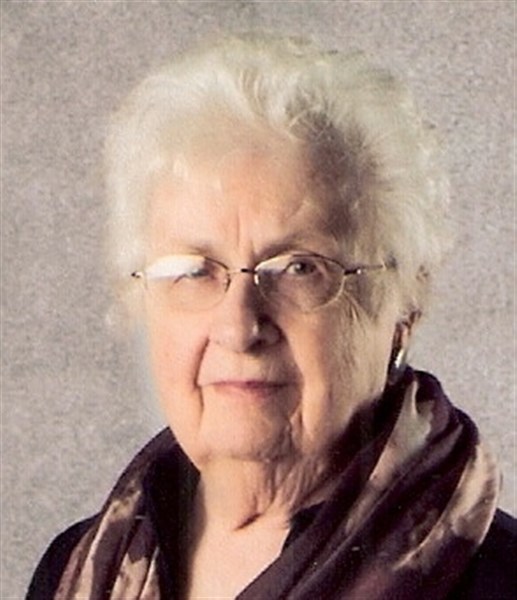 Verlee Bailey, 86, lifelong resident of Melbourne, passed from this life on Tuesday, August 23rd, at the Story County Senior Care in Nevada. Her death came peacefullyat 1:40 p.m. with family at her side. Her family would like to thank the Story County Senior Care and St. Croix Hospice for the love,compassion and care shown to Verlee during her last journey in life.
Funeral services will be held at 10:30 a.m. Friday, August 26th, at the New Horizons United Methodist Church in Melbourne with Rev. Karen Garrison officiating. She will be laid to rest in the Melbourne Cemetery/Memorial Gardens.  Visitation will be held from 5-7:00 p.m. Thursday at the Mitchell Family Funeral Home in Marshalltown. Memorials may be directed to New Horizons United Methodist Church in Melbourne or St. Croix Hospice.

The Mitchell Family Funeral Home is caring for Verlee and her family.   Ph. 641-844-1234.  Born Verlee Lipper on April 9th, 1930 in Melbourne, she was one of two children born to Adrian and Avis (Conrad) Lipper. Verlee received her education in the Melbourne Schools and later attended Beauty School.  On August 28th, 1949, she was united in marriage to Roger Bailey. They made their home in Melbourne all their married lives. Verlee was employed at Donnelley’s in Nevada, and Marshalltown Manufacturing (later Marshalltown Instruments) before receiving her CNA degree. She then was employed at Grandview Heights and then the Iowa Veterans Home until retiring at age 65.

Verlee treasured her family and loved their visits- always having cookies in the freezer when they stopped by. She enjoyed quilting as well as holidays- Halloween, Christmas and Easter- when she held  Easter egg hunts. She was a supporter of the Melbourne community andwas a member of the New Horizons United Methodist Church, the Methodist Women and the 50 plus club.

Left to cherish her memory is her five children: Rod Bailey of Marshalltown, Tracy (Darla) Bailey of State Center, Connie (Cliff) Tribby of Melbourne, Scott Bailey of Melbourne and Mick (Anne) Bailey of Ogden; 10 grandchildren; 11 great-grandchildren and many friends. In death, Verlee rejoined her beloved Roger, her parents, son Randy who died at birth and her brother, Clifford.