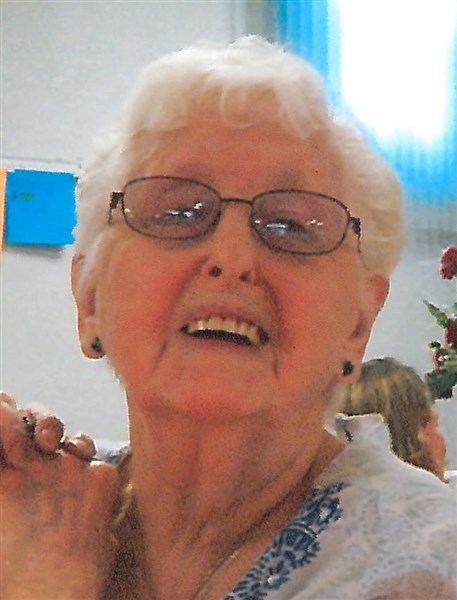 Patricia Jean Connley, daughter of Milton and Marie (Petersen) Connley was born September 18, 1929 in Tabor, Iowa. She moved around for several years as a young girl before the family settled in Marshalltown. She graduated from Marshalltown High School with the class of 1947. In her early life she was blessed with three wonderful daughters: Marie, Connie, and Nancy. Patricia worked very hard to support her daughters, and at times she was working three different jobs at once to provide. Her commitment to her daughters was rewarded when she met the love of her life, Floyd Love. The couple was married on November 3, 1972 in Tama, Iowa.

Patricia worked at many places during her life including, Steinmeyer Plumbing, Gambles, Marshalltown Medical and Surgical Center, and Fullerton Lumberyard. Her favorite job of all was scooping ice cream at A.C. Ice Cream Store. She enjoyed taking weekend trips with Floyd to locations such as the Blackhills, New Mexico, and a trip where they visited every Fullerton Lumberyard in the Midwest. Joys of hers included Dachshund dogs, Elvis Presley, Dean Martin, and Old Western movies. She was a member of Grace EUB Church in Marshalltown, and most recently the First United Methodist Church in Marshalltown.

She is survived by her loving husband of 523 months, Floyd of Marshalltown; daughters, Marie (Dennis) Pfantz of Melbourne, IA, Connie (LeRoy) Mackie of Parkersburg, IA, and Nancy (Joseph) Rose of Colorado Springs, CO; 13 grandchildren; and 11 great-grandchildren. She was preceded in death by her parents; sister, Jacqueline “Jackie” Alexander; brother, James Connley; and grandson, Chad Pfantz.