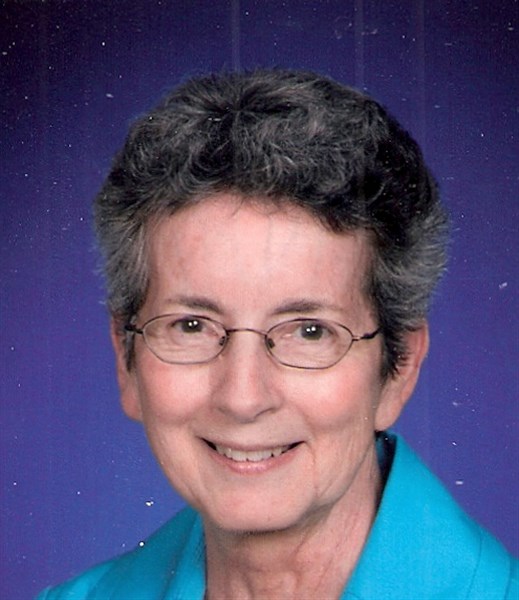 The loving and beautiful spirit of 70 year old Karen (Alan) Hilleman of Marshalltown departed this life on the afternoon of Tuesday, May 3rd, at the Iowa River Hospice Home in Marshalltown after a valiant battle with cancer. Her death came peacefully with her family at her side.

Funeral services will be held at 10:30 a.m. Saturday, May 6th, at the St. Joseph Catholic Church in State Center with Pastor Joan Swander officiating. She will be laid to rest in the Hillside Cemetery at  State Center.  Visitation will be held at the St. Joseph Catholic Church from 5-8:00 p.m. on Friday evening. A memorial fund is being established. For condolences, please visit www.mitchellfh.com. The Mitchell Family Funeral Home is caring for Karen and her family. Ph. 641-844-1234.

Born Karen Diane Goecke on August 5th, 1945, in Marshalltown, she was one of four children born to Earl and Helen (Tigges) Goecke. She attended school through the 3rd Grade at Lamoille and then graduated in the first graduating class of the West Marshall High School (1963). While there, she met the love of her life and high school sweetheart, Alan Hilleman. The two were united in marriage on August 16th, 1964, at St. Paul Lutheran in State Center.

Following their marriage, the couple moved to Waverly where he attended Wartburg College and she worked in the admissions office for  three years until his education was complete. The couple moved back to  State Center where she was a homemaker and mom. The couple owned and operated the hardware store in State Center from 1970 until selling in 1986 and had also combined her Card Closet Hallmark store into their business. She later worked for Hertz Farm Management in Nevada before they moved to Leon, Iowa, in 1988 with Alan’s job. She worked at the Decatur County State Bank. They called Leon home for nearly five years until moving back to Marshalltown. She was a secretary at the Marshalltown Convention and Visitors Bureau and for 12 years at RACOM as receptionist until 2007. She had a colorful  history of walking into places to apply for work and leaving with the job already in place, many times starting the next day!

Karen was a faithful member of the St. Paul Lutheran Church, WELCA, Delta Nu Study Club and the choir at St. Paul. She enjoyed sewing, West Marshall Athletics, animals (especially cats) cooking, playing piano and treasured her family. Karen participated in the Great Iowa Tractor Ride, riding her Farmall W-6, a gift from her father.
Left to cherish this wonderful life are Alan, her loving husband of 51 years, son Kirk (Angela) and their children Brooke and Jordan all on her parent’s home place and daughter- Kristine (Scott) Clarke of West Des Moines and their son Kaleb. Also surviving are her brother Ron (Mary) Goecke of Marshalltown and many nieces, nephews, cousins, other family members and many, many friends.