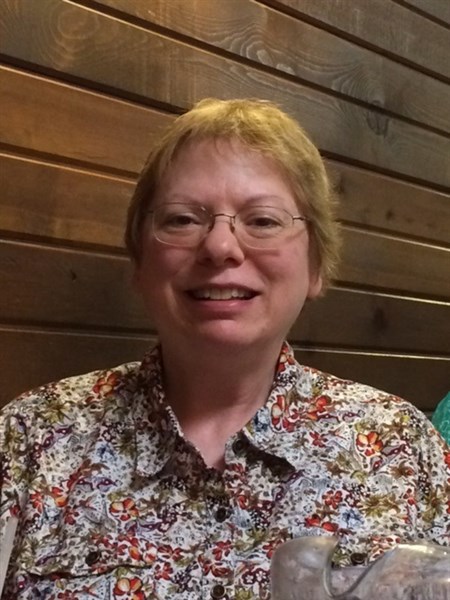 Dixie Kay Blood entered into eternal rest after a courageous fight against cancer on Tuesday, April 19, 2016 at the Israel Family Hospice House in Ames, Iowa
surrounded by her family. Dixie was born October 7, 1949 to Harold and Dorothy (Edler) Blood in Marshalltown, Iowa. She graduated from West Marshall High
School, State Center, in 1967. She received her B.A. Degree in Music Education from Wartburg College in 1971. She taught music in the Fredericksburg Public
Schools in Iowa in 1971-72. In 1974-75 she was a registered Music Therapist at Sunshine Acres Preschool in Lawrence, Kansas while completing a Master’s
Degree in Music Education-Music Therapy from the University of Kansas in 1975. From 1975-1985, Dixie worked as the Director of Clinical Training, the Staff
Development Coordinator, the Program Director, and then the Principle Assistant for the State of Delaware Division of Mental Retardation. In 1978, she
completed the Management Training Program for Developmental Disabilities Managers from the University of Alabama. She completed a Master’s Degree in Business
and Public Administration from Southeastern University in Washington D.C. in 1981.

In 1984, she became a Court Monitor for the Willowbrook Special Master’s Office, United States District Court, Eastern District of New York, where she
monitored court-ordered services provided to 5300+ members of plaintiff class in the Willowbrook case. In June 1992, she earned her Juris Doctorate from the
New York Law School in New York City. In 1993 until she retired in the fall of 2015, she worked as a Willowbrook Consultant/Independent Contractor for the
State of New York Office of Mental Retardation & Developmental Disabilities, where she monitored services for class members; she wrote, negotiated, and
monitored implementation plans for addressing systemic problems in the services for people who were behaviorally challenged. She investigated and took
actions related to complaints of violations of court-ordered requirements, as well as audited services. Dixie always displayed a passion for those with
challenges to do whatever she could to make their lives better.

Dixie was a talented pianist and spent many hours playing the piano or organ for events and for her own enjoyment. She also had a love for genealogy and made
many contributions to the Blood, Pfantz, and Edler family history records. She was very proud of all of her nieces and nephews and, although she lived on the
east coast, never missed important events of the family. She enjoyed playing games and cards, especially Canasta and Peanuts. Dixie was a member of St. Paul
Lutheran Church.

Funeral services will be held at Saint Joseph’s Catholic Church in State Center on April 23, 2016 at 10:30 a.m. due to the construction taking place at Saint
Paul’s Church. A public visitation will be held from 5 – 7:00p.m. at the Mitchell Family Funeral Home in Marshalltown on April 22, 2016. For condolences
please contact www.mitchellfh.com or call (641) 844-1234.