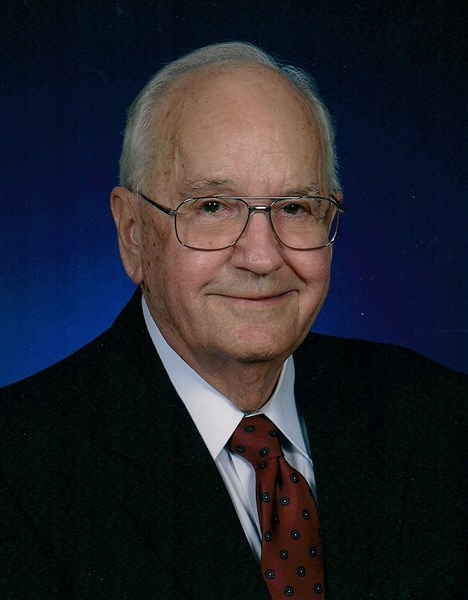 Services for Robert S. Miller will be at

Robert S. Miller, the son of Clinton and Edith (Yeager) Miller was born July 13, 1925 in Primghar, IA. The family moved to State Center, IA where he graduated from high school. Following high school Bob served as a fighter pilot during World War II in the Army Air Force until his Honorable Discharge in 1945.

Bob married Darlene Ann Smith on December 25, 1946 in State Center, IA. His working career was automotive associated in various ways. This ranged from being a Chevrolet dealer in State Center to being president of a leasing company in Des Moines, IA.

Bob took early retirement and moved to St. Simons Island, GA, then Chandler, AZ, and Spencer, IA. Bob and Darlene spent many happy years cruising the southeastern waterways on their boat and traveling the United States, Canada, and Mexico in their Motor Home.

Bob passed away on Wednesday, March 9, 2016 at St. Luke’s Nursing Home in Spencer, IA at the age of 90. He was preceded in death by his parents and 2 brothers, Ronald and Keith Miller.

Left to cherish his memory are his wife, of 69 years, Darlene of Spencer, IA; and many nieces and nephews.