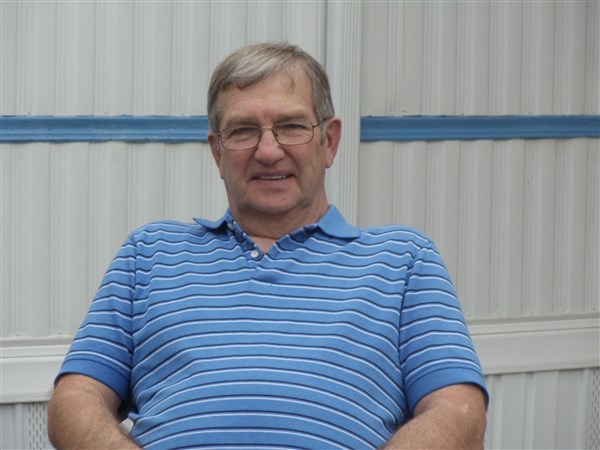 William “Bill” Monroe, 70, of Melbourne, Iowa, passed away on Monday, November 16, at his home.
Funeral services for Bill will be held at 2:30 p.m. on Friday, November 20, 2015 at St. John United Church of Christ in Melbourne, Iowa, with Pastor Judy Brandon officiating.  Public visitation will be held from 12:30 p.m. until services begin at 2:30 p.m..  Memorial contributions may be directed in Bill’s name to his family.  For further information or to send a condolence please visit www.mitchellfh.com or call (641) 844-1234.  Mitchell Family Funeral Home is caring for Bill and his family.

William Laurence Monroe was born on June 21, 1945 in his grandmother’s house.  He graduated from West Marshall High School in 1963, the first graduating class of West Marshall.

He joined the Army Reserve right after high school and continued serving for 28 years.  After completing his active duty with the Army, he returned home and started working at at Marshalltown Trowel where he developed excellent welding skills.  He worked at Trowel until 1994 and then took a job with Lennox.  He worked there another 15 years until retiring.

In addition to these jobs, Bill mowed lawns, cleared snow from driveways and sidewalks, and roto-tilled gardens all over Melbourne and the surrounding area. Bill really looked forward to spring tilling.  He enjoyed that more than anything else.  He employed his nieces and nephews for many years doing these jobs.

Bill was a volunteer fireman in Melbourne and had just started his 51st year.  He attended fire school in and completed many courses to enhance his firefighting skills.

Bill was highly involved with the American Legion and VFW Honor Guard.  He not only went to funerals with the honor guard, but spent time finding uniform needs for this group.

Bill loved his nieces and nephews and would do anything for them.  He loved teasing them and kept in touch by facebook or visiting them.

He was preceeded in death by his nephew Mark Monroe and by his parents, Ashley and Helen Monroe.   He is survived by his brothers Dick (Kay) Monroe, Bob (Judy) Monroe, his sister Mary (Ken) Surber and several nieces and nephews.