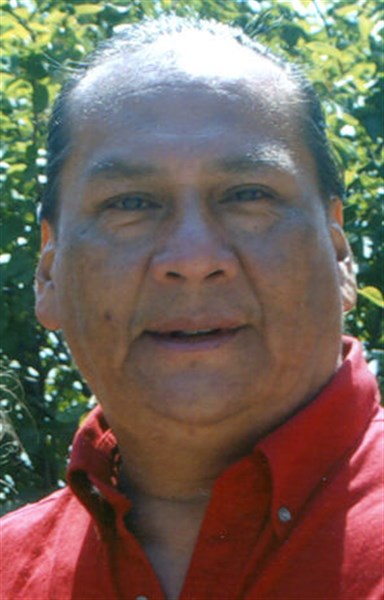 Michael Allen “Yogi” Charley, 55, of Clemons passed away Wednesday, September 23, 2015 at the Iowa River Hospice Home in Marshalltown.  Traditional Graveside Services will be held on Friday, September 25, 2015 at 2:00 PM at Meskwaki Cemetery on the Meskwaki Settlement in rural Tama with Michael Keahna as speaker.  Visitation will be held on Thursday, September 24, 2015 from 2-4 PM at Kruse-Phillips Funeral Home in Tama with a prayer service led by Micheal Clark at 2:30 PM.  A Traditional wake will be held Thursday evening at the Fox Clan Ceremonial Building on the Meskwaki Settlement in rural Tama.

Michael was born on March 19, 1960 in St. Louis, MO, the son of Bernadine Davenport and Max Bear Sr.  He had worked as a laborer for many years, most recently in the State Center area.  He was united in marriage to Carmen Clark on October 10, 2009 in State Center.  Yogi was a devoted husband to Carmen and loved her very much.  He enjoyed making traditional beadwork, gardening, and being outside.  He also enjoyed having a fire every night.  Yogi liked bragging about his two brothers, Larry and Arlan and spending time with his children.

Preceding him in death were his maternal grandparents, Martin and Louise Davenport.