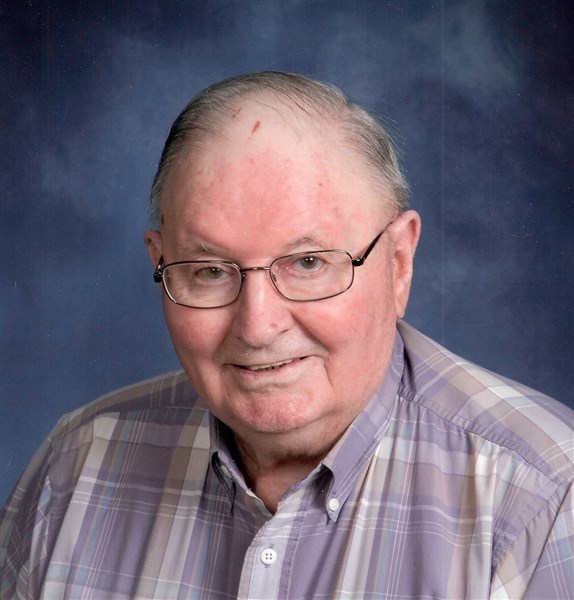 Darwin Pfantz, 86, of State Center, passed away on Friday, June 12, 2015, at  State Center Nursing and Rehab Center in State Center, Iowa, while under the care of Iowa River Hospice.

Funeral services will be held at 11:00 a.m. on Tuesday, June 16, 2015, at St. Paul Lutheran Church in State Center. Visitation will be held from 9:30 until service time at 11:00 a.m. on Tuesday, prior to the service at the Church. Memorials may be directed to the family to be designated at a later date. For condolences or questions please visit: www.mitchellfh.com . Mitchell Family Funeral Home in Marshalltown is caring for Darwin and his family and her family. Phone 641-844-1234.

Darwin Pfantz was born on January 29, 1929, in State Center, Iowa at The Wood’s Hospital; he was the son of Harold and Freida (Koppey)Pfantz. He attended school in the State Center Community School District graduating with the class of 1946. Darwin served his country honorably in the United States Air Force; he was united in marriage to Doris Louise Zahnd at St. Paul Lutheran Church in State Center, Iowa on July 8, 1951. He began farming north of State Center and then farmed near Melbourne until his retirement 1995, and moved to State Center. Darwin was a member of St. Paul Lutheran Church in State Center and the American Legion. He enjoyed woodworking golfing, fishing, playing cards (sheeps head, solo, and pinochle) and belonged to a Card Club.  Darwin and Doris loved to dance whether it be square dance or ball room dance, they always had a great time, but the most important things were his family and he loved the grandchildren.  Darwin and Doris enjoyed traveling and had been to 48 of the 50 states. Darwin’s passion was the farm and even in the last days, he was still farming.