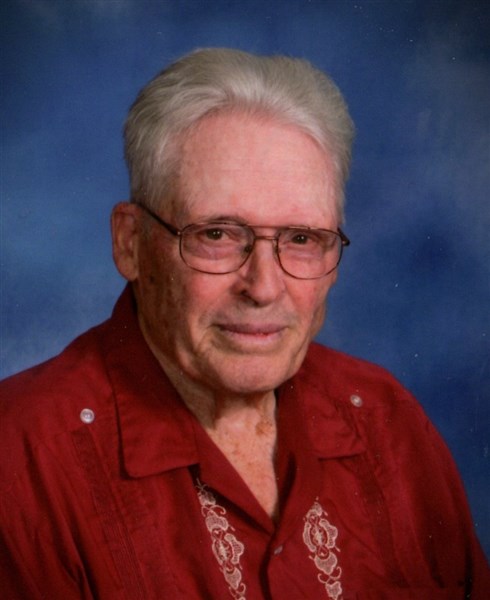 Funeral services will be held at 2:00 p.m. Saturday, June 6th, at the Bangor Liberty Friends Church with his nephew, Pastor Randall Nichols, currently of the Middle River Friends Church in Carlisle, officiating. He will be laid to rest with full military honors by theVeterans of Foreign Wars Post #839 and American Legion Posts in the Marshalltown area. Visitation will be held from5-6:30 p.m. Friday at the Mitchell Family Funeral Home.

Memorials may be directed to the Bangor Liberty Friends Church or Iowa River Hospice. For condolences, please visit www.mitchellfh.com. Ph.641-844-1234.

Born John Woollard Nichols on January 12th, 1929, in Marshalltown, he was the son of Wilmer A. and Mary Felchite (Woollard) Nichols. He was raised and spent most of his life in Marshall County. He graduated from the Moniger Country School, attended Albion High School and graduated from the Rhodes High School in 1947. John attended Iowa State University. John served in the Army during the Korean War and served a tour of duty in the Military Police in Berlin, Germany. While in Berlin, he married Evelin Frantz on October 9th, 1952. On March 14th, 2001, Evelyn preceded him in death.  He later married Claudia Salazar Talbot on October 20th, 2003, and she died on May 10th, 2007. John started farming the Stacy Nichols farm in1955 and purchased his first farm in 1959 north of Clemons, Iowa. He was very active in the Republican politics and served as Marshall County Chairman and later ran for the Iowa State House of Representatives. He secured his Real Estate License and was a Life  Insurance agent for the Marshall County Farm Bureau.

He was a member of the Lion, American Legion, VFW, and Bangor Liberty Friends Church.

Left to cherish his memory are his brothers: Charles (Ann) Nichols of Marshalltown; Philip (Wilma) Nichols of Knoxville, TN; Bruce (Viola) Nichols of Longmont, CO; and sisters, Rosalie Riggs of Brighton, CO; and Beverley (Dick) Getz of Mesquite, NV; brother-in-law James Terry of Ft.  Lupton, CO; as well as 22 nieces and nephews and their families.

John was predeceased by his parents, wives Evelin and Claudia, his sister Mary Ann Terry and his brother Richard Nichols.