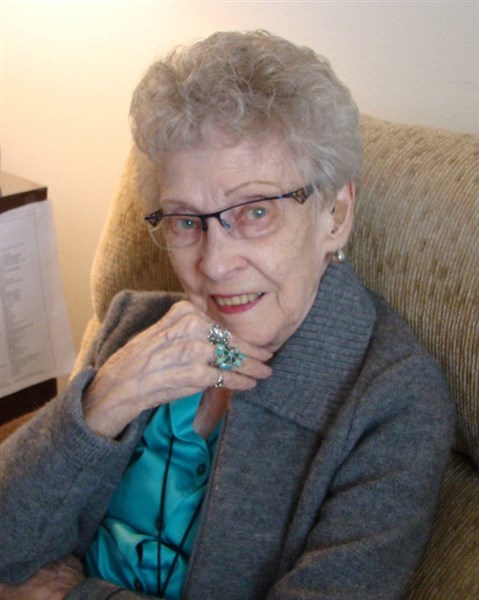 In Cheyenne, Wyoming. She was

She was educated in State Center,

Iowa, received an Art degree from

Minneapolis, Mn and attended the

She moved to California to work in

the  Defense Industry during WWII,

where she met and married Raymond

Laird. After the war, they moved back

to Iowa. She was a commercial artist

and designed greeting cards for Hallmark,

Gibson and others. Also designed news-

paper ads for such companies as Nieman

Marcus. She for worked for Nobility

In the 50’s she purchased a partnership

in a car dealership and moved to Humboldt,

after  she and Ray divorced. She worked at

Dodge. She loved to entertain playing the

organ at many clubs as well as gave lessons

near her only remaining daughter, Rayette

Laird-Reece. She is also survived by 2 son-in-laws,

of Erie, Illinois a half-brother Merl Rosenthal of

children. She was preceded in by her loving adopted

Lynnelle Phillips, and a half brother, Martin

Rosenthal. Funeral Service will be held at Our

Interment will be in State Center, Iowa, at Hillside