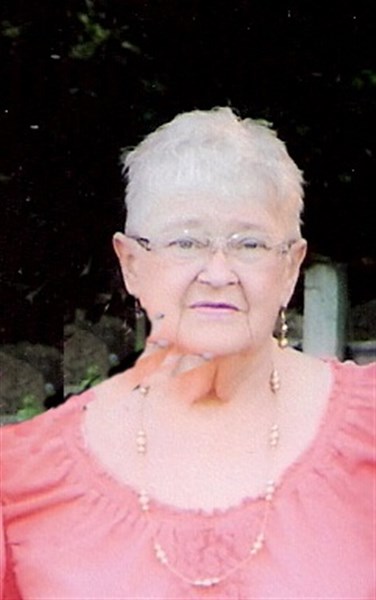 Garnet Rae Morris, 71, of Marshalltown passed away on Tuesday, December 23, 2014, at the Iowa River Hospice Home in Marshalltown, Iowa, surrounded by her loving family.

Funeral services for Garnet will be held at 10:30 a.m. on Monday, December 29, 2014, at New Hope Christian Church in Marshalltown, Iowa. Visitation will be from 3:00 to 5:00 p.m. on Sunday, December 28, 2014, at the Mitchell Family Funeral Home in Marshalltown.  In lieu of flowers memorials may be directed to the Iowa River Hospice in Marshalltown. For more information or to send a condolence, please visit: www.mitchellfh.com or call 641-844-1234. Mitchell Family Funeral Home is caring for Garnet and her family.

Garnet Ewalt was born on January 1, 1943, in Liscomb, Iowa to Randall and Anna (Hill) Ewalt. Garnet was raised and educated in the Liscomb and Albion area.  She was united in marriage to Larry Morris on June 9, 1961, in Liscomb, Iowa, after Larry passed she was married to Richard Small and they later divorced.  Garnet had been employed with the Trowel Factory and Fisher Electronics for 20 plus years. She was a member of the Liscomb City Council, Ladies Firemen Auxiliary and the Red Hat Society. Garnet enjoyed cooking, baking and made great candy and wonderful granola, she loved camping, going to the casino, reading and crocheting. Above everything else, she enjoyed spending time with her family.

Garnet is preceded in death by her husband Larry, son Rick and her parents Randall and Anna.