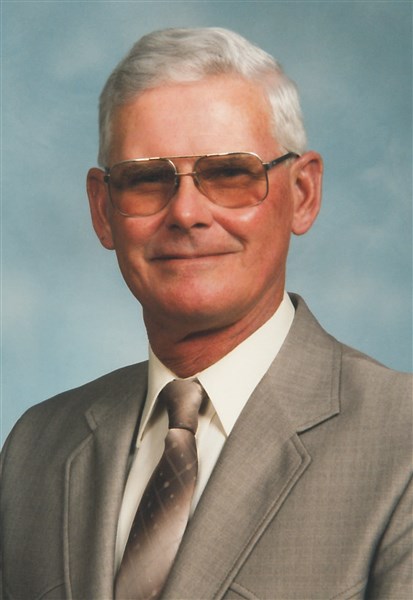 Richard H. Meckley, 85, formerly of Baxter, IA, passed away Saturday, November 15, at North Naples Hospital in Naples, Florida.  A memorial service will be held in Bonita Springs, Florida, on December 13, 2014, and in the summer of 2015 in Baxter. Cards may be sent to Marlene at, 26118 Colony Rd, Bonita Springs, FL 34135.  Online condolences may be sent to www.andersonfhs.com.

Rich was born June 10, 1929, in Jasper County to Lynn and Mildred (Schmitt) Meckley.  He attended school in Colfax until his family moved to a farm west of Baxter in 1946.  He graduated from Baxter Community School and married Marlene Miller on August 27, 1950 in Newton.  They farmed west of Baxter and in 1954 moved to a farm south of Melbourne and continued to farm.  Two of their children, Marsha and Kevin, moved to Florida, so Rich and Marlene wintered in Naples, FL, and eventually bought a home in Bonita Springs in 1994.  They started spending more and more time in Florida and eventually became permanent residents in 2010.  Rich came back to Iowa and continued to help his son, Greg, on the farm until the last two years.  Rich was a skilled craftsman, who enjoyed woodworking and working on any kind of equipment.  Hid wood creations are enjoyed by many all over the country.

Richard was a member of the Baxter Congregational United Church of Christ and served on numerous committees.  He was a Malaka township trustee for years and was on the Baxter Community School board, and also a dedicated member of the National Farmers Organization.