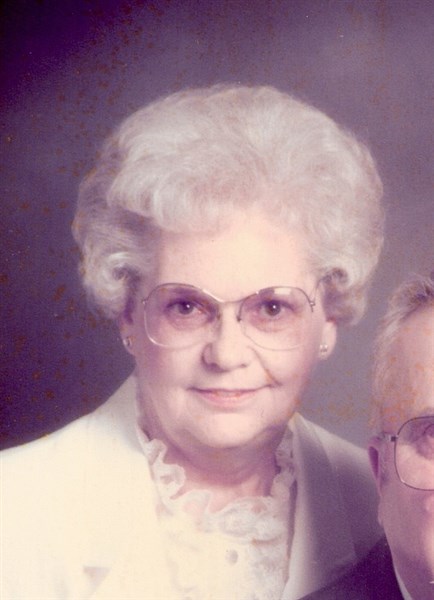 Heaven was introduced to the aroma of fresh peach cream pie when Irene Packer, 94, of Marshalltown, passed from this life, early Wednesday morning, October 22nd, 2014.

Funeral services will be held at 11:00 a.m. Saturday, October 25th, at the Mitchell Family Funeral Home with Steve Smith as pastor. She will be laid to rest in the Marietta Cemetery following a lunch with the family. Visitation will be held from 6-8:00 p.m. on Friday. For condolences, please visit www.mitchellfh.com. Ph. 641-844-1234.

Born Anna Irene Lander on September 14th, 1920, at home near Marshalltown, she was the daughter and one of four children born to Joseph and Emma (Johnson) Lander. She received her education in the area of her birth.

On February 19th, 1942, at her parent’s home, she was united in marriage to Ben Packer and they made their home on the farm in the Hartland Community west of Marshalltown for many years. She was a devoted wife and mother who was active in the everyday operation of the farm. She and Ben were blessed with six children- Elwood, Bennett, Jon, Ellen, Mary and David. Mrs. Packer was a member of the Hartland Friends Church and the Marietta Club.

Irene enjoyed crocheting- making afghans for all of her children, grandchildren and great-grandchildren, reading, making the best dinners (including Sunday pot roast) with peach cream pie for dessert and ice cream, teaching and playing the piano (self-taught) and time with family.