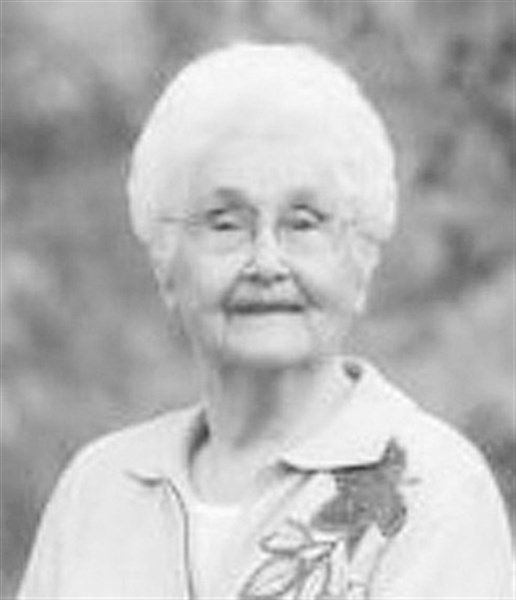 Doris Ream, 87, of Marshalltown, longtime State Center resident, died Friday, September 26th, at the Iowa River Hospice Home with her kids at her side. Her family would like to express their sincere gratitude to Southridge Nursing and Rehab and Iowa River Hospice for the love and care they gave Doris in her final journey.

Funeral services will be held at 1:30 p.m. on Tuesday, September 30th, at the State Center United Methodist Church, 125 2nd Street SE, State Center, with Rev. Brent de Silva officiating.  She will be laid to rest in the Bangor Friends Cemetery next to her husband, Francis. Visitation will be held from 6-8 p.m. Monday at the Mitchell Family Funeral Home, 1209 Iowa Avenue West, Marshalltown. Memorials may be directed to her family. For condolences, please visit www.mitchellfh.com. Ph. 641-844-1234.

Born Doris Darlene Ross on January 23rd, 1927, on the family farm northeast of Clemons, Iowa, she was the daughter of John F. and Ruth E. (Cameron) Ross. She graduated from Clemon’s High School with the class of 1944.

During her senior year she was practicing basketball at the Clemons gym on a Sunday afternoon. A young man, Francis Ream, from Liscomb was home on leave from the Navy and for some reason he and some friends stopped by the gym, a water fight developed and, more importantly, two young people met. Upon Ream’s discharge, Doris and Francis were united in marriage on June 2nd, 1946, at the Clemons Church of Christ. They made their home in Clemons, Gladbrook and State Center.

Doris loved people and cultivated many long and special relationships – the State Center Wednesday morning coffee group, Scat bunch, and especially Those Blooming Idiots. Doris was active in her community and volunteered at the West Marshall Grade School.

Doris took great pride in the growing Ream clan- a total of 29 children, grandchildren and great-grandchildren spanning four generations. Family gatherings became a special time with lots of love and chaos!!! A very precious time in her family life was Christmas when everyone was at her home and followed the tradition of having soup and Martinis!